Rip Currents: How to Recognize and Escape a Rip Current

Home » Uncategorized » Rip Currents: How to Recognize and Escape a Rip Current 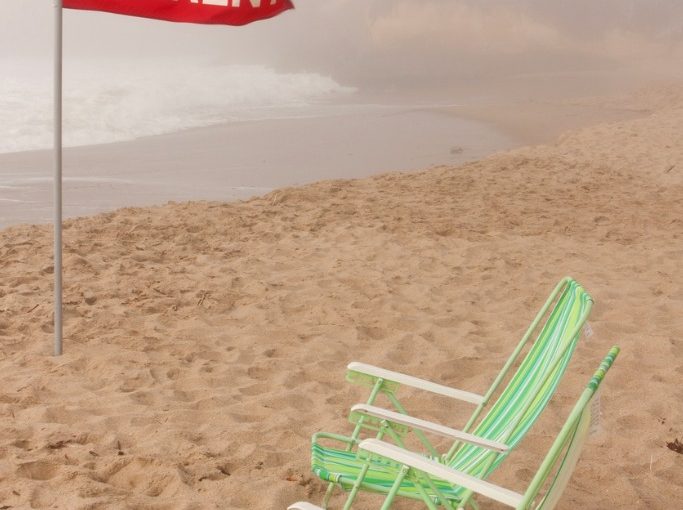 Rip Currents: How to Recognize and Escape a Rip Current

A rip current is a fast-moving channel of water going from shore out to sea. It can move as fast as 8 feet per second and is responsible for an average of 100 drowning deaths in the United States every year. Approximately 80% of beach rescues involve rip currents. Rip currents kill more people every year than any other beach hazard including excessive heat, lightning or sharks. Knowing how to recognize and how to escape a rip current is life-saving knowledge everyone should have.

In the Grip of a Rip

Many people don’t realize they’re caught in a rip current until they attempt to swim back to shore. People who have experienced swimming in a rip current describe it like a conveyor belt or a treadmill where they keep swimming toward shore but don’t get any closer no matter how hard they swim. As you become exhausted from swimming against the current, the water moves you further and further away from the shore. This is the point when most people panic. If this happens to you, don’t panic!

The way to escape a rip current is to avoid swimming against the current. So, don’t swim toward the shore. Instead, swim parallel along the shoreline until you swim free of the rip. Once you are in an area experiencing normal wave activity, you should be free of the rip current and can make progress in swimming toward the shore. If you are too exhausted from swimming out of the rip to make it back to shore, tread water and wave your hands over your head to alert a lifeguard that you need help.

Recognizing a Rip Current from the Shore

Even with all of these precautions, it is still possible to find yourself caught in a rip current. Remember to stay calm, swim along the shoreline and not toward it, and signal for help once you’re free of the current, if you need it. Make sure every member of your family knows how to escape a rip current and how to recognize them from the shore.